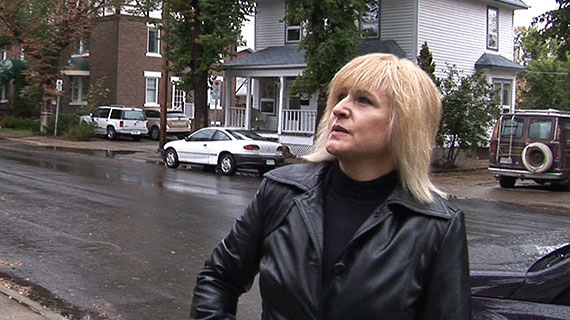 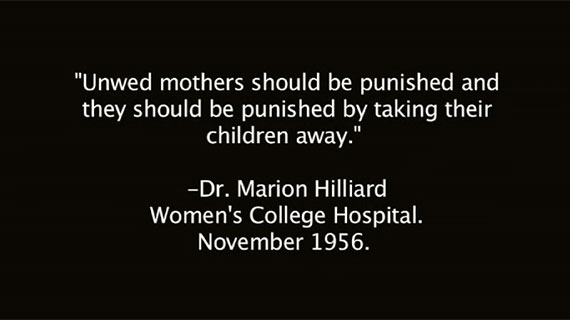 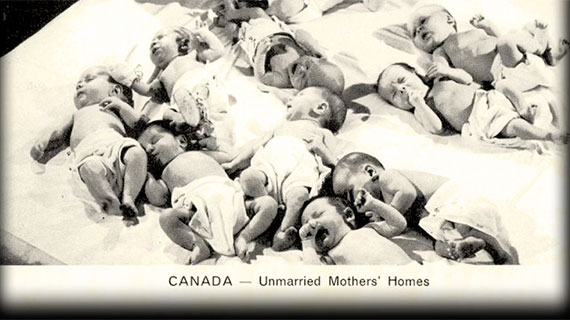 The film Exiled Mothers (98 minutes) is a documentary/performance journey of reconciliation, exploring the social construction of relinquishment, adoption, and motherhood during the Baby Scoop Era. The project Exiled Mothers provided Canadian natural/birth mothers of the Baby Scoop Era with an opportunity to rename and re-story their relinquishment experience. It was also my journey to recover my own repressed, secret, shaming memories from relinquishing my daughter in 1971. In the stories of adoption, the mothers who gave birth were invisible.

“The film takes us on the artist’s journey to recover her own repressed memories as she examines the social construction of relinquishment, adoption, and motherhood. It introduces us to many other Canadian mothers, who as young women—caught between love for their children and a social snare that demanded surrender—shared the same experience as Sharon that takes a lifetime to resolve. More than a film about adoption and loss, we witness an important period in the history of Western women as we emerge from the fog of a time when the judgment of so many, willfully separated masses of mothers from their children.”

-Karen Lynn,
President of the Canadian Council of Natural Mothers