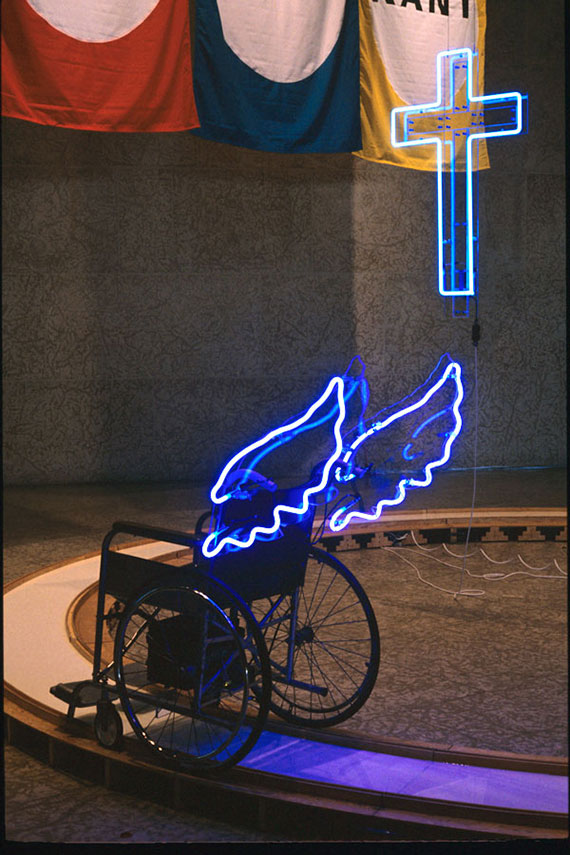 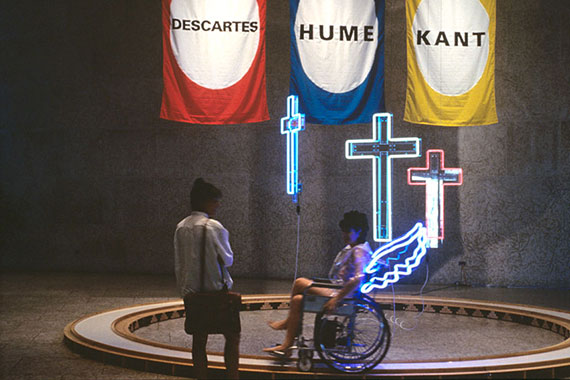 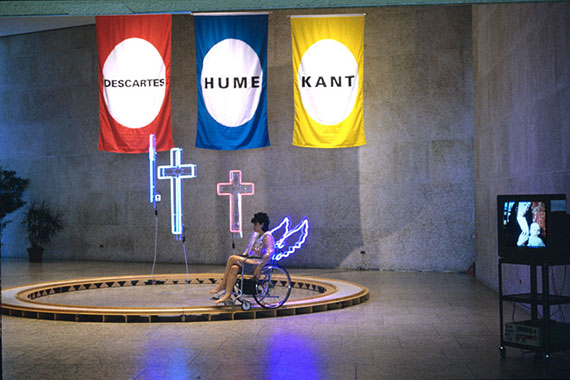 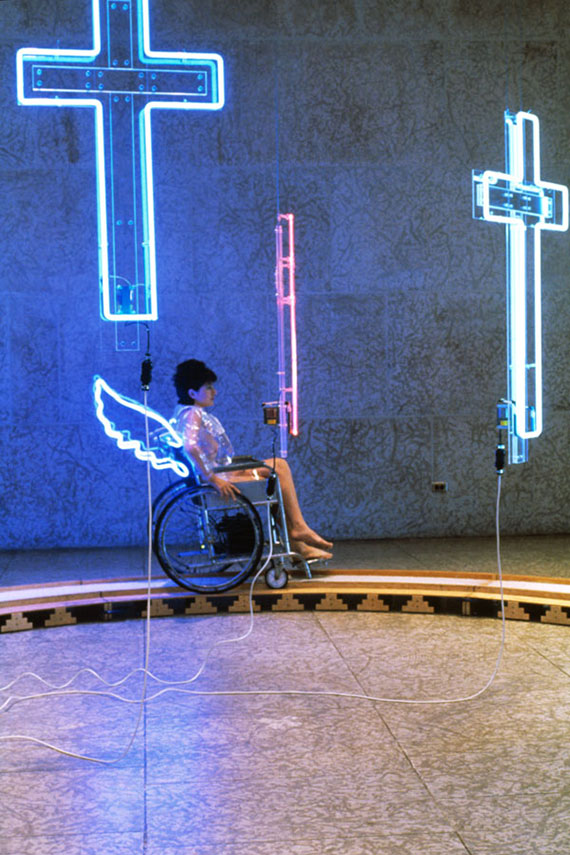 MUTTERWITZ examines Foucault's warning of the danger in our visual drive to power and truth and acknowledges a bodily dimension of knowledge. In the performance/installation MUTTERWITZ I explored the idea of Kantian beauty that evolved from neo-Platonic ideals. MUTTERWITZ longs for the redemptive reconciliatory power of art in a world of suffering and violence.

I pulled myself around a 63 ft. track filled with 20 gallons of milk for one week. During the ongoing performance a continuous video loop recited secular philosophical debates of aesthetics through Kant's critique of beauty, and threaded within the debate are texts questioning Christian virtues of sacrifice.

This debate, beauty vs. moral responsibility, is at the root of my ambivalence as a contemporary artist. MUTTERWITZ was commisioned by the Manitoba Edge Project as part of the Edinburgh festival. The video was curated by the American Film Institute in Los Angeles for their 1993 Video Festival.